A world of hope, where possibility, magic and miracles abound 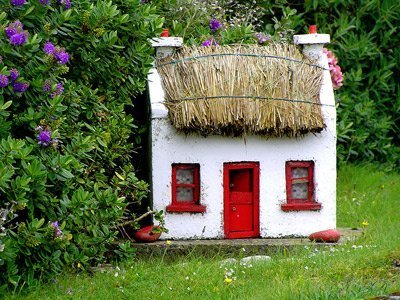 Storytelling is as old as time. Through story, song and dance we have lived and loved, created community, celebrated and grieved. We hear and tell them constantly. Stories make us uniquely human and connect us soul to soul.

It is as if we are made from the fiber of stories. We hear and tell stories constantly but some are transcendent. I know the power of stories because I have seen, first-hand, their mighty strength to lift and lighten perspective. To help people grow in a new dimension that restores their faith and appreciation for life’s variant colors. Through story, I have seen people remember the beauty in their dreams and be catapulted towards them with fresh inspiration.

Stories restore your health by giving solace to the weary and the grieved, lifting you above dross and disappointment.

Stories inspire confidence, laughter, faith, and enable you to smile at your foibles.

Stories remind you of your ephemeral nature. They enlarge your compassion and understanding. They bring to your heart the common thread of humanity.

Stories offer hope. They stretch the imagination and make the unbelievable believable, the impossible possible, expanding your horizons of what you, too, can create.

Through story you embrace mystery and experience the mystic in your cells. You experience wisdom that inspires you to new breath and life until you live by the no-breath of Spirit alone.

When you hear a story or write a story, you journey into the Grace of the Unknown. You become that warm balmy breeze, the lift of the wind. You become the dancer, mover, shaker and peacemaker. 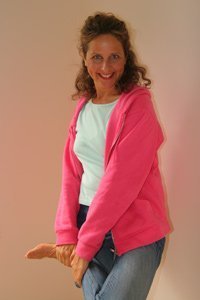 Stories are our words and language, our arts and crafts, our paint on canvas. They are the way we live in our homes, the way we build them and the buildings themselves. Story is the tree whispering its secrets as its sap rises in the bark. Story is the way we make sense of what has no sense. It’s our allowance and our permission to be ourselves at the deepest layer of existence.

Stories reflect our lives, where we’ve come from, who we are, where we’re going. They are like the stones of Earth, storytellers themselves with history, solidity and strength. Even if it is the story of inexpressible sorrow told through silence, no words or song.

Story, like music or wind, here and then gone. Like birth and then death, a remembered beating in our hearts; the comforting rhythm of Mother and Earth, Father and Son.

Story is a road and a path into the silence, from where more stories will spin. Stories are the breath of Life singing to us Her song.

My Shows
What People Are Saying
On Acting

Speak the Lands of My Heart

Speak the Lands of My Heart is the entertaining one-woman show about a journey to India and into the heart and mind of a woman on an adventurous cross-cultural spiritual quest. Originally inspired by Elizabeth’s journey and journal entries when she went to India, this show delights and enlightens. Elizabeth performs a dramatic read of excerpts, the abbreviated version, or the show in full length – which can be followed by a Q&A on India, traveling alone, and following your dreams.

Learn more about this show...

India: mystical, magical, beautiful, disease-stricken, poverty-ridden, ancient land. When you think of India, you think of Gandhi and now nuclear arms. The land of paradox. You go up to go down, you hurry up to slow down, you wait to move. Something that might take fifteen minutes in the states will take two days in the East, and with a waiting list of 135 people to get on a plane, the hundred and thirty-fifth may be the first to get on and the first on the waiting list may never get on. That’s India. If you can live with the rule, that there are no rules, or as one Indian man recently said to me-

There are rules in India. They are written down in the books, just nobody follows them!

If you can live with that, and that nothing makes sense, and enjoy it-then you’ll have a wonderful time.

… And thus begins Speak the Lands of My Heart, a one-person odyssey through India, and into the heart and mind of a young woman on a spirited cross-cultural adventure.

While Elizabeth stumbles through the problems that arise traveling in a country entirely different from her own, she is bombarded with her own inner demons of worry and doubt, and the past associations she had with the teacher, Swami X. Navigating the constant tension between the personal and universal, between the past and the present, Elizabeth recognizes the spirited sameness of emotion that belongs to humans everywhere, and opens the doors to her own wisdom and peace. With hilarity and poignancy, the audience journeys into India and, through Elizabeth’s eyes, into our common humanity, which, at heart, transcends all culture.

The initial inspirations for Speak the Lands of My Heart were monologues culled from journals. When the monologues received wide appreciation, I went back to the journals, and transcribed more. Listeners drew parallels between the style of Spalding Gray’s monologues and Speak the Lands of My Heart. My director, Susan Cameron, and I thought a reading in that style would be appropriate. However as rehearsals commenced, a strong and captivating physical life emerged, allowing the words on the page to have a larger life in a fully staged production with a minimal set: hiking boots, nap sack, a table and chair. A 45-minute version of the play was performed at the HERE Theatre in NYC for their American Living Room Series Festival in August 1998.

After September 11, 2001, I thought this play was no longer relevant. Seeing men with guns at the airport in India, and being searched on buses because temples were threatened by terrorism in 1991, had now become commonplace in America. Who would want to hear about this in India? To the contrary, I received emails from people urging me to remount Speak the Lands of My Heart, finding in it more poignant parallels than ever before. They also reminded me that works set in different countries were now especially needed as fear mounts about international travel. And that, in fact, it is necessary to build bridges with our art and not tear those same bridges down.

Speak the Lands of My Heart humorously and self deprecatingly lays it on the line, inviting out into the open the fears, the joys, and the exploration of traveling to a world that on the surface seems entirely different from one’s own, but in our hearts is all the same.

Water from the Welles

Water from the Welles is the entertaining, inspirational, humorous and dramatic show filled with monologues, stories, poetry and song that includes “a little bit of this and a little bit of that.”

In Water from the Welles, Elizabeth steps out between the pieces to speak with the audience about the river of inspiration behind the selections.

While Water from the Welles is generally for adults, the show can be edited for a teenage audience, and material selection is always designed with your audience in mind.

Learn more about this show...

Selections may include but are not limited to:

Speak the Lands of My Heart – Fresh off the plane in India on a dark, strange road in the middle of the night and you have to pee.

Mikaela – Nazi Germany: a small child and her aunt finding food, running from the bombs, surviving with humor and love.

Janice – A Southern Belle wrestles with an angel and speaks her mind.

Can You Trust? – A message from “the beyond” with meaningful message for us today.

Saraswati – A river that dried up thousands of years ago still exists?

What, Me Worry? – A Damsel in distress stuck on a balcony in a world turned upside down.

Earwigs – What happens when a sane woman goes maniacal after too many earwigs show up in her home?

Married to Jesus and Dick – How does one account for their affair with a priest in Africa?

Train Wrecks – Why does one run to help out at a train wreck, and where does one go from there?

The Big Bang Theory – Now what is it really all about?

Women Celebrate: The Gift in Every Moment – Selections

In the joyous tradition of storytelling and story sharing, Ms. Welles’ paints an evening of women as natural leaders. Silly, spicy, maybe even a tad salacious, powerful women traveling through time encounter the circumstances in their lives—and the men in their lives, to ultimately speak from their hearts to move warmly and wisely towards that which calls them to freedom, their own visions and voice. Stories, poems, monologues and song, which may include excerpts from Women Celebrate: The Gift in Every Moment. Uplifting and thought provoking content but when designed with your audience in mind, can be toned down to PG13. A reception or Q&A on the journey of the artist-woman-healer can follow.

Elizabeth jokes that her pet cause is peace. She’s a child of the sixties and was marching by the age of five, so this evening’s material, both loving and strong, is centered round war and peace. Excellent for peace organizations, women’s organizations, and associations whose leading ideals are to see a peaceful world by enhancing peace in our day-to-day lives and who are working for planetary, global and universal disarmament. 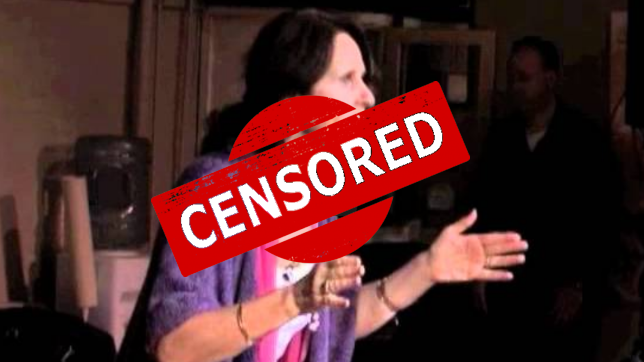 The Naughty Bawdy Show: An Evening of Edge

An evening filled with stories, poetry, and song that may surprise, shock, or amuse and astound. Risqué and dangerous, this evening’s works contains strong content and is not for the faint of heart, but in the end it is not without its humor and love, joy and celebration for our humanity. Contains language and themes that may raise eyebrows. Adults only.

What People Are Saying

“In her one woman show Elizabeth demonstrates a unique capacity to change characters as effortlessly as changing clothes. Each character she portrays has its unique energy as well as expression and voice. Humor and pathos mingle and ebb and flow throughout the performance. Spellbinding!”
– Rita Marsh, Carbondale, CO, Davi Nikent Center for Human Flourishing

“Your presentation tonight touched my heart and soul. Your voice and chants set the stage for me to open to new possibilities in performance art. You hold space for blessed creativity and sacred celebration of artistic expression. Thank you for a meaningful performance!”
– Lisa Dancing-Light, Performance Artist, Carbondale, CO

“I have seen Elizabeth Welles perform monologues and selections from her one-woman show. She is personable, energetic, interesting and entertaining. I highly recommend her for an evening’s entertainment!”
– Melony Vance, General Manager, Latitude 33 Booksshop, Laguna Beach, CA

“William Blake sums it all up for creativity, “To see a world in a grain of sand, and a heaven in a wildflower… hold infinity in the palm of your hand, and eternity in an hour…” When you see Elizabeth Welles perform, this is what you get. For creativity is what she knows in her soul. In a highly creative, fun, and inspiring way, she tells it like it is, saying what we all want to say, but are too afraid to say. Her stories span from the uproariously funny to the deeply poignant and sad, but always delivering us to the heart of what matters, while enticing our senses, making us think and want to care. Life, itself, inspires this creative artist. And an evening spent watching her will, in turn, inspire you. It did me, and I continue to be inspired.”
– Carol Lynn Healy, Energy Worker and World Traveler

“Elizabeth Welles laughs like she has a secret no one else knows. Wonderful performance work, truly alive on stage!”
– Debbie Martz, Home Professional