A Day to be Called Home 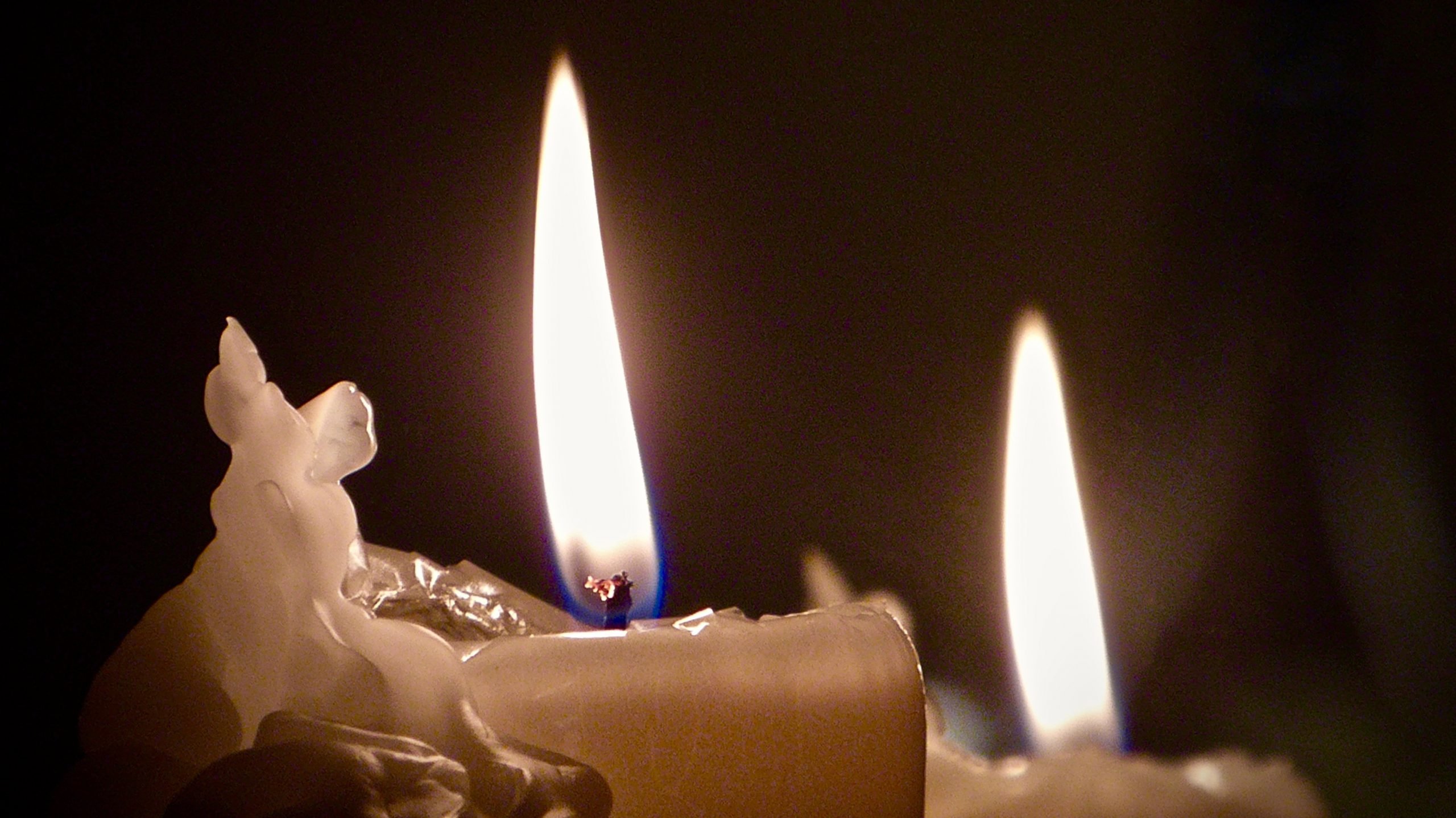 If life is a movie, Wednesday afternoon at 3 PM must have been the scene where one is called home. I took my mom to the doctor’s office. It was nothing serious. JG, our trusty caregiving friend, came with us. The first good chair in the doctor’s reception area sits near the door, behind it. “Mom, why don’t you sit in the highchair?” It was a sturdy, high, wood chair with two arms, easy for her to sit in and easy to push herself up from. As soon as ‘highchair’ came out of my mouth, I realized the connotation and we all cracked up. Mom gave the only other person sitting in the waiting room a look, “Did you hear that?” She asked him. He gave an amused smiled, “It wasn’t lost on me.” My mom ignored my suggestion and proceeded to walk a few steps across the waiting room to the smallest, lowest chair of all, with no arms! Really?! They were all beautiful chairs, some with an early American wood décor. I could not believe it, but what to do? I acquiesced and we laughed in good humor. I sat in the highchair myself and started to eat an apple.

A few bites into that apple and suddenly JG appeared standing near my chair, holding open the door for a man she was able to see who was struggling in. He was half bent over. I jumped up and grabbed his arm, held the door also. His one cane was out the door as his body lurched forward into the wall. “Are you all right?” JG asked him. There was no response, as if he was trying to talk but leaving this world. His body was falling. JG grabbed the belt loop on his pants. Wise move, I thought. I still had his arm. I looked at the receptionist for help. Staff flew out. “Get the doctor!” One yelled.

The doctor came. “Call 911.” Several of us held the tall falling man as we placed him gently on the floor. “Stu! Stu! Wake up.” The doctor was shaking him. “Get the oxygen!” he called. “Come on Stu, stay with us,” said one of the staff. A resuscitation bag followed and then the defibrillator came out.

I think my mom would have quietly continued reading her magazine unfazed by the fanfare, if they had let her. Her small chair without any arms sat by the door that led to the doctor’s personal office and exam rooms. We were quickly ushered out of the reception area where the man now lay as the doctor worked on him. As we were led to a back room, one we’d never been in before, JG gave me a look that said she thought he wouldn’t make it. We waited, said our own private prayers. For it being a medical complex and next to a hospital, the paramedics took a long time in getting there. The office staff must have agreed as I heard them on the phone calling 911 again. I read the Oath of Maimonides for Physicians that was posted in the room. A staff member ran by. Paramedics finally arrived. The doctor returned to his other patients.

He came into the room we were in and squatted low to get some medicines out of the small fridge, apologizing for all of it and the wait. We didn’t care. We were suspended in time. I had called him 12:30 AM the night before to leave a message that I needed to bring my mom in. He called back at 7:30 AM and asked if I could bring her in at 8:30 or 9:15. That wasn’t going to happen with my late-waking mom. He didn’t want to clutter his afternoon, preferring to save it for emergency patients. Nevertheless, we got the 2:45 slot, a better time for us. As he bent low scrounging through the fridge for the medicines he looked for, I said, “When you said you wanted to save the afternoon for emergencies, I don’t think you meant this kind of emergency.” No, he said, he didn’t. I moved out of the room and saw a paramedic’s body bopping up and down, continuing the chest compressions the staff had administered before they arrived.

JG sensitively wondered who had driven the man, if someone was waiting for him. I would have suggested she go downstairs to find and be with the wife as JG radiates a calm and ebullient healing presence. But by the time we asked, the staff indicated it was taken care of. The wife, indeed, had been waiting, wondering why it was taking her husband so long to drop off a piece of paper. It was the paper he dropped, that he could no longer hold. I had picked it up and given to the receptionist, after he fell.

We were moved to another of the doctor’s exam rooms and waited again. The doctor finally came in and I asked about the man. He didn’t think the man made it. He indicated that the man had not been well. The doc examined my mom, a blood and urine sample were needed. The tech that took the blood had been crying. She’d only been there a year but said he was a long time patient.

My mom, JG, and I crowded into the bathroom. I don’t remember what, but something made us laugh so hard that I watched my mom’s stomach jiggle and JG said her belly ached. I was laughing, too, yet simultaneously looking over at the events of the day. Witnessing the man pass away, being called home. In wonder at the Spirit that guided my mom to NOT sit in that highchair, the chair that would’ve been the most inconvenient place for her to get up from, when the man fell to rest in front of it. I remembered looking at the man’s face after we placed him down, along with the words rushing back from when someone predicted that I would witness many pass from this Earth. It’s true. I have.

The doctor wrote my mom a prescription. Said he was torn about the man’s passing. But then he mused aloud that maybe it was a mixed blessing. I said better it happened here at his office than down on the street somewhere. He agreed. It felt good to have a comforting word for this doctor, a doctor who is usually all business, fast and quick in his visits.

Hours later, I went to the grocery store. Deeply tired, I floated between the worlds again, walking the cleaning supply aisle and then moving to the deli. Almost perceiving the man’s Spirit sailing behind me. I bought nothing. Earlier, as we waited in that back room, doing much of nothing at all, standing in the in-between, I had prayed for his healing, for his release from suffering, for God’s will, general prayers, and the Mrityunjaya, a mantra for healing and protection. Because in that situation, I did not know what is best in any way or form. I wondered about the man, about his wife. A staff member said it was a long marriage. And I wondered that we would have been there at all.

The doctor thanked JG and myself for helping. I came home to hear of some difficult events that had occurred that day for others. People tittering on the edge or just missing the edge. I’ve heard that people often leave the world at the end of a year. I don’t know if that’s true or if it’s just that it’s the end of the year and so we are more acutely aware of endings.

People’s reactions varied. A few people said how horrifying that must have been to see. To the contrary, there was nothing horrifying about it. Every single movement that occurred seemed natural, choreographed and balletic. A friend of JG’s joked to her, “You can really knock em dead,” a little gallows humor.

It gave me pause, feeling a bit in awe of and at the wonders of life. The endings and the beginnings, and to paraphrase Ram Das, that on this walk we take together, we walk each other home. Grateful for my mom and for JG, and that we stand together this side of the veil, this side of the World door. And that laughter, in the midst of death, may be one of our greatest allies. The pictures, above, are of JG and my mom laughing just before all this occurred. In the next moment, sandwiched in-between, we witnessed a man pass from this life. And then we found humor again—or more accurately—humor found us, as three bathroom buddies crowded together, all within the frame of a single Wednesday afternoon.

I talked to the doctor early the next morning. He confirmed the man didn’t make it. I said maybe he felt comfortable coming to his office – or leaving from his office. The doctor said that he had the best shot coding there, that the paramedics took him to the hospital but couldn’t resuscitate him, and that his wife was appreciative of the efforts.

May his family find comfort

May he rest in peace ~