Bridge to Compassion in Polarizing Times 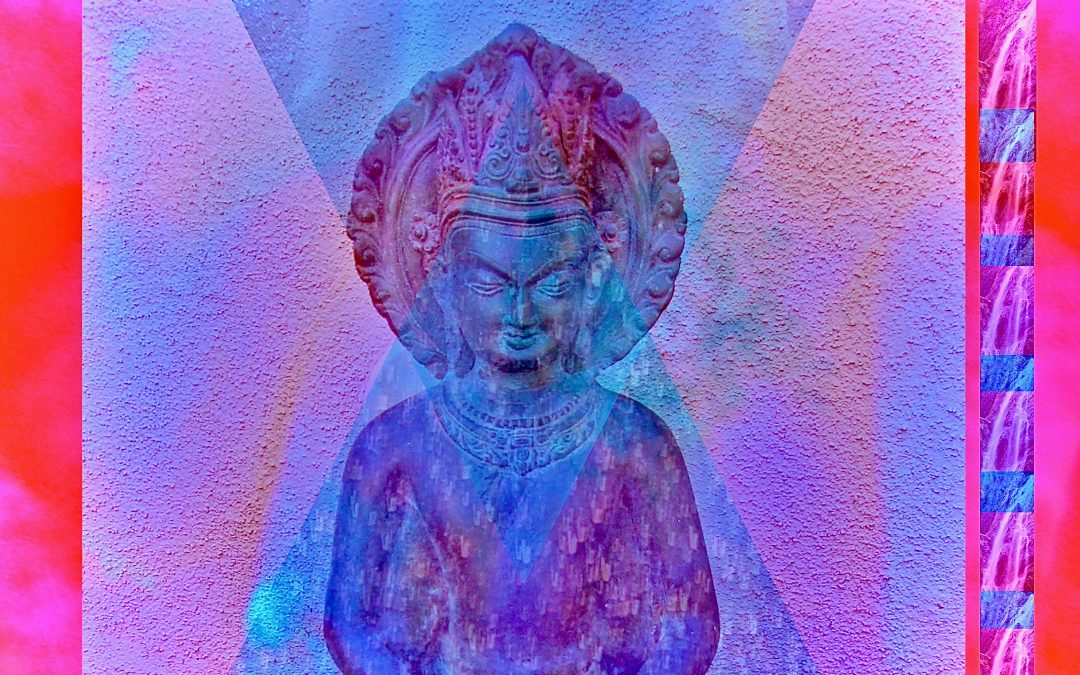 I live in what people call a predominantly “red” state, and I just returned from visiting another predominantly “red” state, staying at the home of a man with Trump signs in his yard. I am a Biden supporter. I don’t own a gun or any weapons. I don’t stock food and water. I am not a survivalist or a prepper, and am not readying myself for some apocalyptic war. Neither do I believe in the deep state and that democrats are satan-worshipping baby-eating pedophiles, (which is very old anti-Semitic slander, dug up and put into circulation again, last used by Herr Goebbels’s Propaganda Machine for the Third Reich.) Please!!!!

I want peace. My friends and acquaintances that support Trump, and the man at whose home I stayed at in Texas, also want peace. When in Texas, this man’s music soothed my hurt and grieving heart. A friend of a friend, he invited me to return. I have invited him and his girlfriend to visit where I live. My friends on the block invite me to their socially distanced gatherings every two weeks. Last night, at one of these gatherings, a man said that a local Trump group ran over the signs and stands of a Biden group. “Really?” Another Trump supporter asked, shocked. Another, who worked at the dog groomers and was there, shared how a woman brought her dog in to be groomed. The dog was wearing a Trump scarf. When the dog was returned, the scarf was turned around – by accident. The woman who owned the dog went crazy, thinking it was done on purpose. More shock. The people sharing these stories, Trump supporters themselves, were in no way condoning this kind of behavior.

My Trump supporting friends and my Biden supporting friends are not attacking each other or running over each other’s property. We are neighbors. We live in peace on the same block. We are trying to listen. We are acquaintances and friends. But unfortunately this president fans the flames of those factions that believe in violence. FACTIONS. He does this consistently by talking about the “radical left,” as if that’s a bad thing. My views would be considered liberal, maybe even radical left. Here are some of them:

I would love to see healthcare for all people so people’s life savings aren’t eaten up by one hospital stay or a bout with cancer. So people can go to a doctor if they need instead of thinking they can’t because they can’t afford it and end up dying early or at the steps of a hospital that refuses them care because they don’t have the proper coverage. I would love to see children and grandchildren graduate from college without debt they then have to pay off for decades to come. So free education for all people would be nice, perhaps a work situation where there is community service for a period of time after graduation. (I just met a woman in her sixties who only recently paid off college bills.) I believe in our first amendment rights to free speech, the right to assemble in protest. If my friends, who are diametrically opposed to my political stance, were in need, they know I’d be there for them, housing or feeding them if they needed. So, yes, I believe in housing for all people. I believe in helping people and in giving them a hand-up. I have a natural concern for those less fortunate than myself. I believe in social and economic equality. I believe in racial justice and equality. I believe in the right to worship as you choose. I believe in the right to choose what happens to your body. I believe in equal pay for women. I believe in being good stewards of the Earth, of our waters and national parks, in taking care of our environment. I don’t like guns so I wouldn’t take them away from anyone because I don’t want them in my home. But I don’t want people having AK 47’s to kill children, men and women at shopping malls, in schools and colleges, in theatres, and in churches and temples. So yes, I want gun control so people don’t die when they are out shopping at Target or so they don’t have to wear their cape of hyper-vigilance, nervously looking for the exit signs when they go sit down inside a movie theatre. I am not against capitalism. I am not against people making money, starting businesses, and doing well in their business. I am not against the wealthy or those with money. I wish I had more. Now, if someone perceives this as being of the “radical left” in the odious way this president suggests, then I will wear it as a badge of honor and love. However, I call it being a decent loving human being. One who doesn’t have to carry a bat or pack a gun.

A leader speaks the language of violence when he actively or even subtly encourages violence, and when he does not speak up against violence. When he demonizes people who oppose him, fueling the already deep polarized divide. Running a campaign on fear incites violence in people who want a reason to take up arms and create a war that doesn’t have to exist. And by the way, Portland has not been burning for years, as this president has stated in the past. I was there last fall and it’s alive and well. I have friends that live in Portland and what is going on there now is contained to a four-block radius at night. Those four blocks at night are not pretty but it’s not the city in its entirety, the way this president makes it sound. There are factions of violence, factions. Not all people on either side are violent, by any means.

And so, if you are attuned to the news, as I am, I know this is asking a lot, but I am hoping that we will see less violence between now and on November 3rd than people are thinking. I am hoping that, whoever wins, there will be a peaceful transition. In my heart, I still long for and imagine, somewhere out there, that there is a peaceful world. I am thinking as Anais Nin, who wrote, “The worse the state of the world grows, the more intensely I try for inner perfection and power. I fight for a small world of humanity and tenderness.” To paraphrase Rob Brezsny, what if we can respond to outer chaos by building up inner beauty and call on a resourceful compassion.

There is a vociferous hatred in the world today, not just hate but venomous hate. No one is immune to it, not even myself. But the resistance language to hate is Compassion. The resistance language for some is Faith. It does not mean we don’t take action for what we believe in, non-violent action, but we extend a compassionate seeing to all. In Compassion, empathy is much spoken of, a place where we can reach out in understanding to another’s hurt and pain, to come into a space where we have a deep and sweet wondering about other people and what they think, what they feel and need. By listening and creating a resonant field where each is heard, seen, met and lifted up through deep connection. What if we could not deny what is out in the world but also sit down in the sweet wondering field, and reach in humanity and tenderness for another, to eat and break bread with someone different from ourselves and listen. Listen to the deep night sky with them. Listen to their worries and fears. And listen into possibility. What if? What if? What if?

*Addendum:
This was originally posted on Facebook. The first comment came fast and furious. It came from someone who aligns with what is considered the “blue” camp. He wrote that my Trump friends wanted lower taxes so they can keep their money and wealth or that they are racist. He wrote, “There is no other reason. Don’t make excuses for them! This is who they are. You were seeing things that are not there.”  I felt attacked and I felt his attack on others. While I am not a Trump supporter, I was taught to listen to people, even if they are different from myself. But in reading this man’s comment, I was in so much pain myself that I could not listen to his pain or try to understand what he needed. I needed to take care of myself first. My way of doing that was to take the post down, to protect my hurting heart. I perceived his comment not only as a personal attack but also as a storming on my FB page, and I did not want him to use my page as his platform to further polarize groups who were already polarized. I wish I could have written back to ask him, “I believe my post has upset you. I am curious as to which part upsets you.” I will never know. My words, above, are about venturing into the realm and possibility of and for compassion – despite the massive amount of hate and violence out there in this world. They are about touching our humanity with a peace and tenderness, reaching out for a kindness wider than the great divide, to imagine that we can move beyond, even if for a moment, the ‘us versus them’ mentality. Which is no longer simply ‘us versus them’ but us versus the vilified them. No longer ‘other’ but someone so different that we wish to annihilate other. I start to shake when I hear words that want to crush another. I feel sad and scared and splayed that we are so far off course as human beings. In that moment of seeing his comment I could not respond in a way I would have liked to, could not reach out with a compassionate question. But that’s okay. In compassionate communication, one needs to learn to take care of their self first, to empathize and reach out a hand to one’s own hurting heart. And then to another so we reach out in true empathy and genuine curiosity, and not attack. Next time that occurs, hopefully I will be able to respond with greater acumen and ease, to touch compassion in all hearts, to speak a different language than the one in the world, to build bridges of understanding, not greater walls of hate.