Listening to the Wisdom Body by Elizabeth Welles 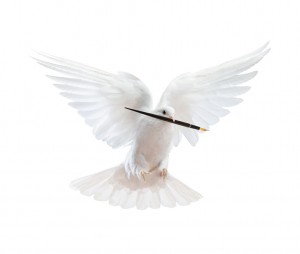 LISTENING TO THE WISDOM BODY
By Elizabeth Welles

This listening predominantly occurs through the wisdom of the body.

What is “body?” Body can be your body, your car’s body, the earth’s body, anybody and everybody, the feeling body, the physical body, the body of thoughts you have, your environment as body, and your home as body. The body as changing, unfolding, responsive and knowing is one partner in this journey of creativity.

If you stop and listen to the body, including your dreams and desires as body, it will tell you many things. It will especially make it easier for you to move in the direction of what gives you energy. For on this earth journey, the body is home and hone. It is one of your directional signals telling you which way to turn and how to fly.

Deep listening is not rational to overly analytical figuring juxtapositions that confuse you by running rampantly through your thoughts night and day. Receptive listening is not entertained by the argumentative mind. Creators do not follow the template of what has come before. They listen and follow an inner design and they take actions based on this design. They practice the words, Know Thy Self. Creators are true to that Self, as best they can be, body, heart and soul. They know themselves and they know their world.

That is why Creators intentionally turn and tune their ears inward, away from the world. They initiate action based on inner knowing and intuition. What’s so special about intuition? It helps you to make healthy choices for your life. It removes blocks, stagnation and obstacles naturally. It enhances your energy and guides you in creative directions that are aligned with your heart’s desires and cherished values.

Inner knowing presents itself in a variety of ways, often speaking in whispers subtle as the wind. Knowing can come through the physical body and appear as the tightness of a clenched jaw, or in the hesitation or fluidity of your voice. It may appear as that gut feeling in the pit of your belly, or the melody your heart sings at the sound of a new idea.

Physical symptoms can be directional signals offering wise counsel if you listen. For intuition always comes with direction. However, there is a caveat. Listening and acting on your intuition does not necessarily mean that life will always go smoothly or that you will be without questions and enigma concerning your destiny.

Sometimes we don’t even know why we move in a particular direction. That is when trust or faith must be relied on and the words, To Thy Own Self Be True. It is as if a Force or Energy outside of our selves determines our behavior or even takes control of our physical bodies. Even though we ordinarily think we’re in charge, making our choices and calling the shots, these are the moments that seem to stand outside of time when we must take heed to listen even more closely since there is no logical sense or precedence on which to rely. These are the times that are quite articulate and clear but remain a mystery because what is spoken is not spoken with words we initially understand. It is as if we must learn a new language, the language of the body in its broadest application.

David and Lisa paid a visit to a travel agent’s office in India to design further plans for their trip abroad. During their meeting, David started to feel ill. By the time he and Lisa left the office, he was doubled over in pain on the busy Bangalore streets. Accustomed to observing and acting on the signs in their lives, he consulted with Lisa. Together they decided

that maybe this trip wasn’t right for them. They returned to the agent’s office and apologetically cancelled the entire trip they had just mapped out. His mystery pain began to recede and he made a full recovery within twenty-four hours. David and Lisa did not know what the outcome of their decision to cancel their trip would be. They only knew how to act in the moment for that is all the direction they were given. It wasn’t disheartening to them, but it certainly was quizzical. As it turned out, their vacation destination had been the region where the Tsunami hit in Southeast Asia. They did not consciously know this when they canceled their trip, but Consciousness acting through David’s body did know this. He and Lisa simply chose to listen.

As it turned out they wouldn’t have been traveling in the region at the exact time the Tsunami hit, but a few weeks prior. I believe time is skewed and changeable, a temporary illusion we use to organize our days. In light of time’s fluidity, David’s body was giving Lisa and himself plenty of breathing space for what would eventually occur during those few weeks. Sometimes you only need recognize that experiences that occur in your life or to your life may benevolently be for your life. Literally.

Intuitive Knowing may come as a passing thought, in a vision or a dream, through a hunch, an instinct, or just plain common sense. Each person must learn how their own intuition speaks to them. It is a personal journey. A friend went to a tennis camp for a week, but when he arrived his racquets and sneakers didn’t. They were lost in luggage hell somewhere between California and Arizona. Between calling the airlines, frantic and grumpy, he turned to me and said, “You know, last night I had this little passing thought, “Maybe I should wear my sneakers and put one racquet on the plane.”
“That’s intuition,” I said.
“No,” he said, “That’s not following your intuition!”

It was such a quiet thought that he hadn’t paid attention to it. Then, he went on to argue that if we don’t follow every thought it doesn’t necessarily mean the world will fall apart or something bad will happen.

Well of course not, and that’s why one must learn to distinguish when to heed the call and how your body speaks to you, specifically. Still I complimented him on having good intuition and then added, “All you need to do now is follow it.” After hours of haggling on the phone, the bag arrived the next night, but not before he had to make several purchases that might have been avoided. Fortunately it wasn’t a life and death matter like David and Lisa’s situation could have been.

Events in the natural world

Sometimes this knowing can appear as a reflection outside of what we generally consider our own self or personal body. It can appear through the body of nature or through a communal body. Witnessing an event in the natural world, like a bird’s flight, a deer’s crossing, or the rain in a storm, can precipitate a sudden insight.

One morning I had a dream to visit a specific mountain in Colorado, and the dream said, “Come soon.” I had never even heard of this mountain when I had the dream. I googled on the Internet and found the existence of such a mountain in Colorado. Weeks later I was still thinking about it, turning the idea over in my head. It would take time away from the work I was engaged in, and it would cost money to go.

One afternoon I came home to find a small bird squawking just outside the gate to the entrance of my home. Every time I tried to get into the house, it screamed and jumped and tried to fly. I didn’t know if its wing was broken, its foot hurt or if it had just gotten stuck, for it looked a little tangled in some vines. With all its struggling and squawking, I thought it might do itself more harm. I squatted to the ground and talked to it. “Look, I’m going to help you, but I have to get into the house. It’s going to be okay. I’m not going to hurt you. I just have to move by you, okay?” Then I put my hand up and prayed out loud. The bird looked at me intently. As I walked by, its struggle quieted. Now, what was I to do? Call a raptor center – where? Call a vet? This wasn’t something I wanted to deal with, but clearly there was no one else.

The bird brought back memories to all the birds my cats brought into the house, some of them still alive, when I was a little girl. There were cats in this neighborhood and I’d better get out there soon. I got a pair of rubber gloves, a small box in which to place the bird, and a scissor in case the little bird was indeed stuck on vines. As I opened the gate, the bird suddenly took off and flew up into the trees. I smiled at the creature, thinking, “You go girl!” I silently thanked God, and went back inside.

Later that afternoon I was sitting on my porch again musing about this dream to go to the mountain in Colorado when suddenly I thought of the bird. The direction was clear. The bird could fly. It just got its foot stuck – in front of my gate no less! It sounded like me, living in a small town year after year that I had gotten stuck in. I could leave and fly, too. I booked and took that trip to the mountains!

Knowing that comes to you through signs, through synchronicity, coincidence, through a sudden flash of intuition, or even dreams can look strange if you are used to acting on the premise that seeing is believing. But if you look at the body as a large container that holds your body and the body of life, then this kind of knowing becomes as natural to your world as the baby’s breath. Like the sun’s brilliant rays, intuitive knowing is clear, immediate and direct. It is available all the time, gracing every moment of life. It is only our awareness of it that is increased or decreased.

Listen to how your body speaks to you. Breathe deeply and feel a calm receptivity settle in your cells. Pay heed to whom and what enhances your energy, to what puts the sparkle of stardust in your eyes.

Then trust and take action based on that.

Listening to the Wisdom Body is an excerpt from “Journaling for Well-Being & Peace”
by Elizabeth Welles Copyright 2010
For more information, please visit: www.ElizabethWelles.com