When Will Life Return to Normal? On the Language of Grief & Gun Violence 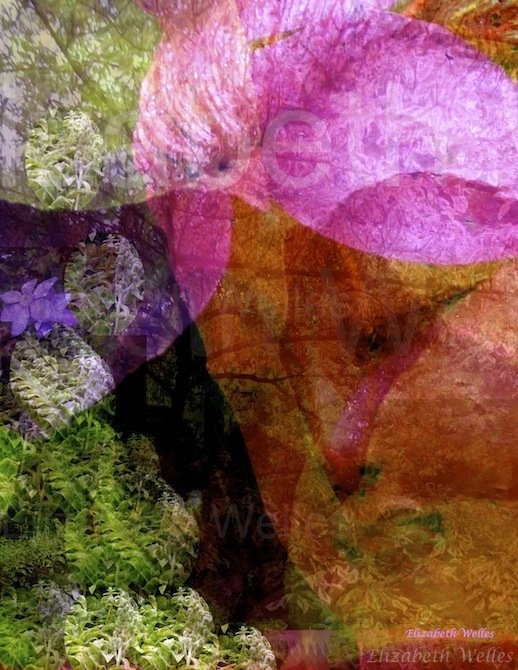 It has been over six weeks since the massacre of children and their teachers in Uvalde, Texas. But I still remember the narrator’s voice on the evening TV news saying, “It will be a long time before life returns to normal.” I was stunned by those words. The word normal can be like a taser into grief causing the eruption of greater pain.

The week before that, right after the shooting, was when the school’s police chief said he was waiting to discuss the situation. Waiting until the families were more recovered from their grief. Those were not his exact words, but close enough. Recovered and normal are the words that were hurled. The words are absurd.

Nothing will be normal again. Normal is a slap and a kick and unfathomable words in the face of what occurred. You don’t “recover” from this kind of grief and return to “normal.” I sat there for a long time shaking my head that these words were used at all, let alone two weeks after the shooting.

It has been more than four years since my mom passed. One morning, before I heard the newscaster’s voice suggest that life might ever return to normal for the citizens of Uvalde, I had a meltdown like I had not had since the early days after her death. I looked normal and was having a busy morning, and then I took a break to prepare an early lunch. This was unusual because I’m more apt to grab something to eat now that my mom’s not here to share meals with anymore. And I decided to put some music on. Though I love music and am musical, I don’t often turn it on. It is harder to listen to music without my mom listening with me, an activity we enjoyed together. I chose an upbeat chant to find myself singing, moving, and then thinking of my mom who would have been singing and dancing, moving right along with me. Next thing I knew, I was screaming like I have not screamed in a long time. Banging on the kitchen sink, falling to my knees, pounding on the floor, howling, “Where are you? Where are you?”

I still only want one thing after all these years and that is to be with her. I wondered how any of us do it who have been touched by the pain of devastating loss. I was drenched in exhaustion the rest of the day, calm but deeply tired. There is a part of my heart this pain resides in. I don’t expect it to go away. Four years and four months later, it is more compartmentalized, but it is still there ready to burst forth in an unexpected ferocious frenzy. Unbidden it comes. Tears flowed and howls came, ancient howls.

And I wondered, is it for my mom and me — or for this dying world so filled with violence and hate that I now navigate alone without her? Did something need to be unleashed that was pressing down on my heart and so I heard to put on the music? I turned the music off. I sat and felt the tears on my face. No one to hear me, but I heard. And I recognized that this is a prayer. A howling and demanding guttural cry, asking, “Where are you?”

You see, once the curtain falls, you cannot put it back up the way it was before, and the curtain has certainly fallen. The son of a woman murdered in the Buffalo Topps Grocery Store spoke truth when he said, “Nothing will take away the pain, hurt, and hole in our hearts.” The stage is permanently rearranged. Humpty Dumpty fell and all the king’s horses and all the king’s men and all the newscasters and politicians and officials could not put him back together again.

The norm we have now is gun violence and I don’t want this new normal, either. Where children are murdered hiding under desks in their classroom, a few days before their summer recess. Where people are murdered at the grocery store buying milk and eggs. Where people are murdered in hospitals and nightclubs, at concerts and barbecues, in churches and temples and mosques, and at July 4th parades. Nothing is normal. Nothing is predictable except, it hurts to say this, that there will be more violence until politicians stand up for what is right. And while I understand the human longing for normality, how dare the word normal be used. Those who use it obviously don’t know what searing and ongoing pain in the heart is when it has been stripped of normal forever. A pain I would not wish on anyone.

As a culture, when we speak of normal and recovered, we miss the point. We suggest that grief is not normal. We insinuate that suffering at the loss of your child, your best friend, your parent, sibling, or partner is somehow less than and to be gotten over as soon as possible. Rushed through so we can return to our normal ways. The language is insufficient. It perpetuates a cultural bias that sorrow is wrong, to be tucked under and away. It forces people who are devastated by loss into a permanent cave, hiding to the world what they really think and feel while in the public eye. Such a split causes a fissure in the psyche of people so that any cohesive peace is left behind like a beached whale, looking for water while lost on the land. “Oh, you will grieve but then you will move on, have another child, find a new life, find meaning, a new husband or wife, make lemonade out of lemons. You know, God needed him.” Such offerings are hypnotic mutterings with little meaning for grieving hearts. These are not words of comfort, nor are they loving, compassionate or wise.

Years later, those who continue to grieve privately wonder if they are crazy, if something is wrong with them because the hole in their heart still hurts. A hole that others have long forgotten and that no one sees or will witness, anymore, for fear of reinforcing their grief. The opposite is true. To recognize and give witness to the suffering heart helps it feel less alone. It validates how hard life can be without their beloved by their side. It lets the griever know someone accepts and loves them with all of who they are, just as they are.

The language of “normality” and “recovery” further downplays the excruciating need we have in this country for gun legislation. Instead, politicians with the NRA in their pockets grasp at straws repeating that this is not a time for politics, it’s a time for thoughts and prayer. In the hope that we recover and return to normal and forget? Sweep grief under the rug quickly, return to normal ways, pray so everyone can forget the NRA? Is this their secret battle cry? Banking, literally and metaphorically, that we will move on to other issues of the day so that gun manufacturers can make more money and the NRA can refuel the campaigns of politicians who care more for the power and name of office than they do about the lives of their constituents?

While the quality of grief, over time, does change and life does shift, a future happily-rose-colored path ever-after, when you have been taken to your knees by loss is not a realistic expectation. There may be future days of great beauty, filled with laughter and love, but not without cracks in the sidewalks, deep fissures in the earth, places where flowers do not grow. A speckled landscape in a world where an eighteen-years old, who cannot drink or gamble, buy rolling paper, cigarettes, or vote, can still get a license to buy a machine gun, a weapon of mass destruction, to kill innocent lives. That is not normal and yet has been normalized. How do we live with what is not normal but that which is now normalized and should not ever have been? A society that cares more about its guns than the lives of its children, and continues to be impotent to change it year-after-year?

How do we hold on and keep on keeping on when there is no normal to return to in our personal lives? I don’t have answers. I only have questions that will hang in the air to let you know that normal doesn’t live here anymore. To remind you that our right and just prayers are sometimes gut-wrenching screams that could topple Manhattan, and then LA, London … and the whole darn world until we find another and better way.