A Personal Note from Elizabeth 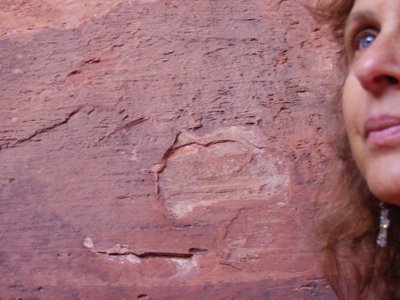 Writing is the hub of my wheel. It’s where I began at age seven. With a small black book on the family’s way to Europe, my mother said, “This is your diary to write and draw in.” Without the restrictions of grammar and syntax, not knowing how to spell or keep words on the line, I was free. The blank page is like God for me, that compassionate open space where everything can be heard, witnessed, revealed. I can’t stop writing, it’s like the words want me, write me. It’s the one thing I do consistently. It’s like eating, breathing, drinking, peeing. When I’m on a roll, the muse talks at all times of day and night. If anything it would be nice to tame her and give her hours, but she won’t have any of that.

While writing is the hub, my wheel has many spokes. Because at seven I also began to act, sing and study modern dance, finding deep fulfillment and peace through all the arts.

Writing combined with becoming a young dream-tracker. Sometimes I wouldn’t be able to sleep until I wrote. Often I would be wakened at night just to write and record my dreams. This gift to recognize dreams as a potent place for revelation, later turned into significant wisdoms and prophetic downloads that would come to pass days and weeks, months, and even years later.

Always interested in anything alternative: diet, health, education and community living, I graduated early from high school to work at the experimental city, Arcosanti, in Arizona. Initiated by visionary architect, Paolo Soleri, the city embodies the fusion of ecology and architecture. I then earned a degree in Sociology from Hamilton College specializing in mental health and death and dying: the five stages of dying, terminally ill, the hospice movement and the private lives of dying children.

After college I was a Permissions Assistant for Reader’s Digest in NYC – for three months. I left to attend a Shakespeare & Company workshop in Lenox, Massachusetts. From there, I moved to Boston to study macrobiotic cooking. After a short time, I returned to NYC to begin serious study in acting, singing and movement, simultaneously pursuing the healing and spiritual arts. I trained with Rosalyn Bruyere, an internationally known healer, and studied Craniosacral Therapy with the Upledger Institute. I was certified in healing and ministry, and later gained entry into the three actor’s unions: Equity, SAG and AFTRA. What I didn’t know was that I was really an artist with the tools of healing. Honing my skills to help others track the dreams of their own hearts and soul through the literary and performing arts.

I’m grateful to the hands of grace and fate, and for the role they have played in my life. One of my earliest memories is marching in Washington DC at the age of five. I am the offspring of peace activists. My mother was a community organizer for Women Strike for Peace, an actress later turned yoga teacher – still teaching today. Dad was a deeply compassionate man with a heart of gold – never an unkind word from his mouth. These early influences, coupled with the inherent creativity I find in people and in all life, braided in a mystical way to have for a profound effect on my life’s direction.

I made a choice in life not to be the one who tears down the old forms and structures, but to be a builder of the new, to be a bridge for enhancing creativity and peace between people and cultures. I love traveling. At any opportunity my soul clamors for a plane ticket out of the country, and fly I do. My travels and study have spanned India, Japan, Europe, and Nepal. I love meeting people from all over the world to explore our common threads while appreciating our differences and diversity.

Peace Communications is my company name. When I first envisioned it, I saw a loosely knit network of people, groups, and organizations dedicated to peace, in a world where the creative gifts, talents and heart’s desires of all people from all walks of life are unconditionally nurtured and supported.

One of my dreams was to create peace camps for children of war torn countries. Sanctuaries for healing and celebration where children, their families, and soldiers who have fought in wars, would gather in a new kind of camaraderie, to relax and engage in the art of play, creativity, laughter and peace.

Please join me in envisioning Universal Peace.
It is my deepest joy.